History of Matschner to Ramsau 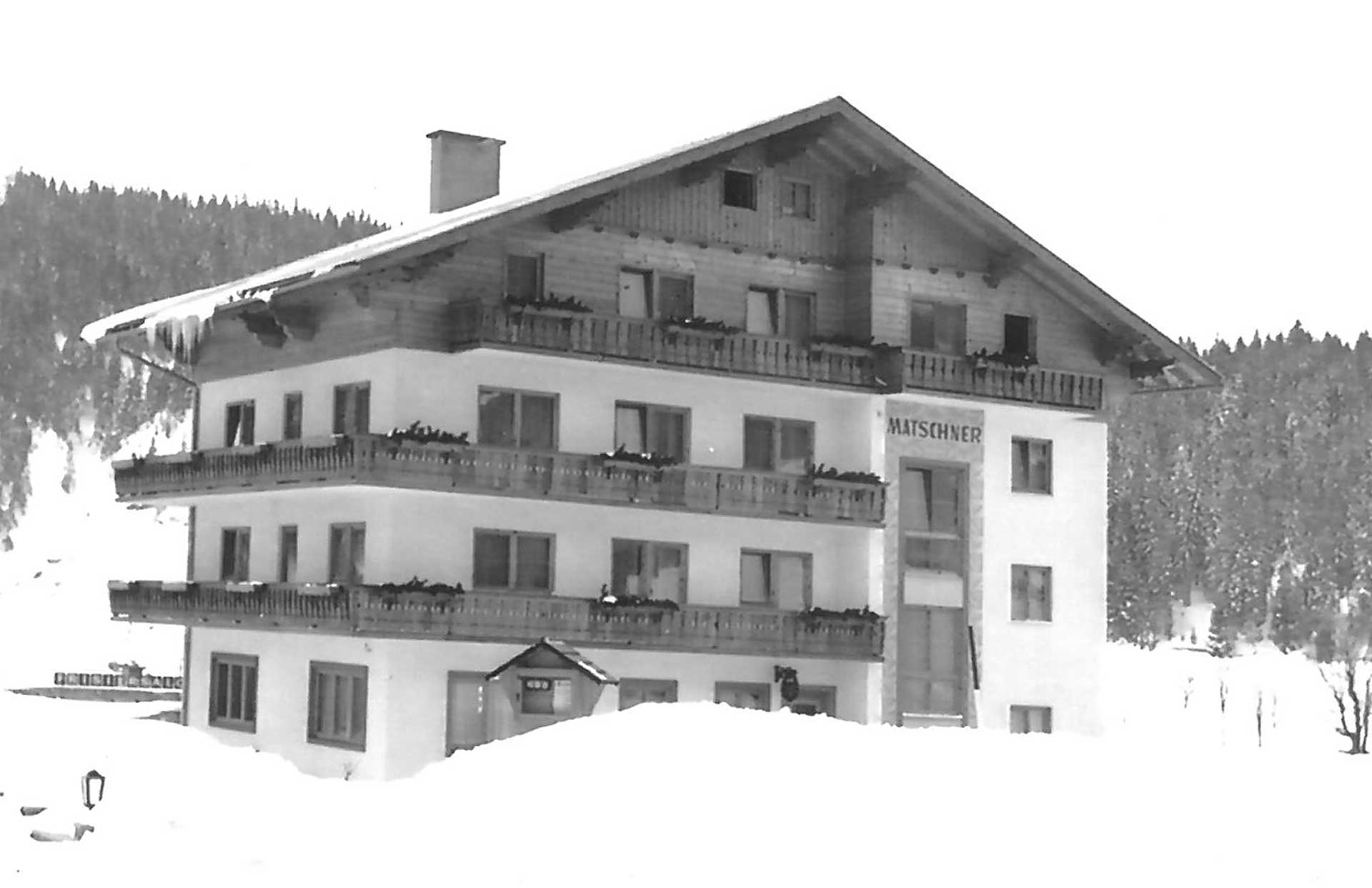 Matschner in Ramsau am Dachstein

Like many hotels in Ramsau am Dachstein, the Hotel Matschner has its origins as a farm. The name of the farm is likely to be of Slavic origin (Moca = wetness). The Knaus family has owned the Matschner since 1762.

In the land register from 1604 we find Marthin Matschner as the owner. On May 4, 1621, he handed the Matschner over to his cousin Sebastian Perner. From 1679 the Matschnergut can be assigned to Georg Frinner. On February 15, 1717, his grandson Georg Frünner bought the Matschnerlehen for 1,471 guilders. Michael Knauß acquires the Matschnergut on May 19, 1762 from Peter Friner, in 1791 Joseph Knauß takes over the property. In 1829 it was handed over to the son of the same name.

The history continues in 1867 and 1878 with the leading first name “Josef. In 1948 the right of ownership was granted for Matthias Knaus, in 1981 for Johann and Heinrich Knaus half each. On October 29, 1962, a fire destroyed the “Matschner”. The cause was never clarified, but there were rumors that it was set on fire. In 1989 Brigitte Knaus acquired half of Heinrich’s share of the property.